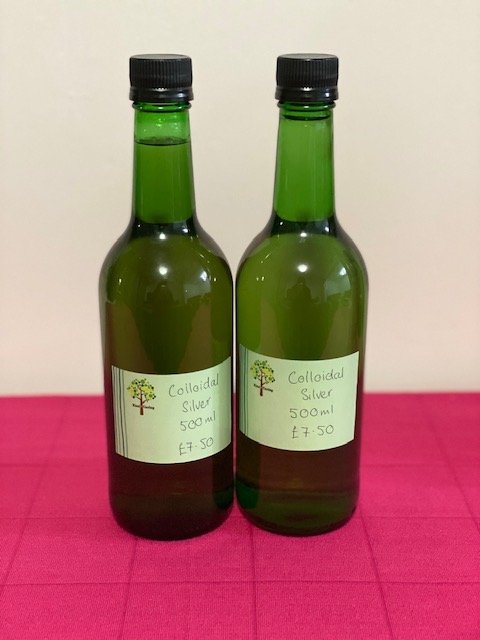 My all time favourite remedy for staying Healthy!

Colloidal Silver – How It Works and Its Benefits/Uses

Colloidal silver is a completely natural, liquid mineral supplement where the only minerals are tiny, suspended, sub-microscopic particles of pure silver. Colloidal silver’s appearance can range anywhere from completely clear to very yellow/amber however this does not make any difference.

How Does It Work?

Pure silver has been known for thousands of years to have powerful, broad-spectrum healing and infection-fighting qualities. So when the process for making colloidal silver was discovered in the late 1800’s, it immediately became a popular, natural infection-fighting agent, used both topically on cuts, burns and infections, and internally as a remedy for a wide range of infectious diseases.

The UCLA Microbiology Department found after vigorous testing that colloidal silver was deadly to pathogens at just 2.5ppm (parts per million) and absolutely fatal to pathogens at 5ppm. 10ppm was slightly more fatal than 5pp but no research anywhere suggests that a higher than 10ppm is more effective at killing pathogens. Killing an ant with a sledgehammer is just as effective at merely standing on it. This is the same with colloidal silver and pathogens.

There is only one side effect of taking colloidal silver and that is only if taken in very VERY large quantities continuously over a long period of time. Even drinking that amount of water alone will have negative effects. Argyria is the bluish-grey discolouration of the skin. It is not treatable or reversible but isn’t harmful to health as it is simply a cosmetic issue. A person must be drinking gallons of colloidal per day for years on end for them to risk getting argyria. You must go to great lengths to cause argyria, it is not easy, takes commitment and consistency. It is not something that can be caused by accident as silver is just a mineral and colloidal silver is just mineral water.